A Day In the Life / Digital Print Series #1 (4/8) Series of digital photographs (A selection from the 8 images in the series was exhibited in the advertising space of a bus shelter in Jamaica, Queens.) Jamaica, Queens is in close geographic proximity to John F. Kennedy International Airport, and the notion of flux so preponderant in this neighborhood comes, in some ways, from its closeness to this major travel hub. For Jamaica Flux ’07, Shelly Bahl has examined the 20 to 30 year history of South Asian immigrants working at international airports in a photographic series called, A Day In the Life: Bus>Train>Airp ort>Somewhere>Nowhere. This work illustrates the labor and experiences of the working class immigrants, who by and large, hail from the Punjab regions of India and Pakistan. Bahl’s focus in this work lies with the economy of the female body, a common motif in her work. After months of negotiations with labor unions, Bahl’s planned interactions with the workers resulted in a number of images of staged worka- day situations. In these images, Bahl constructs a disjointed visual narrative which tells of the class tensions between the newcomers and the South Asians who have been working in the United States for several decades. The photographs were ultimately installed in bus shelters along Jamaica Avenue, providing a conceptual link to the idea of working class mobility. – J.D.

Shelly Bahl, a Toronto/New York-based artist from India, is an installation artist who graduated from New York University with an MFA degree (1995). She has shown her work at Design Exchange Museum, Toronto (2006), William Benton Museum of Art, University of Connecticut, Storrs (2004), Queens Museum of Art, NY (2001), and other locations. Her work critiques Orientalism, kitsch appropriation, and the mass-production of culturally-specific iconography of Indian art and culture. 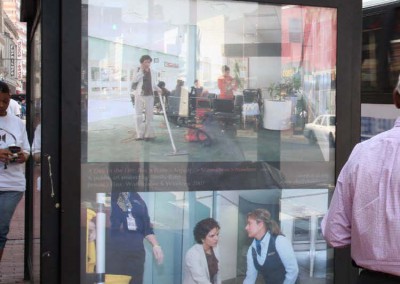 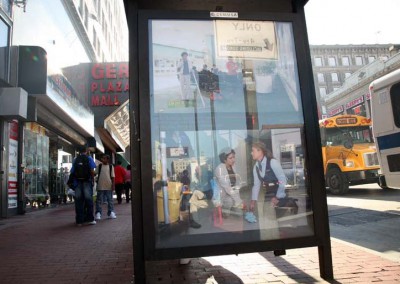 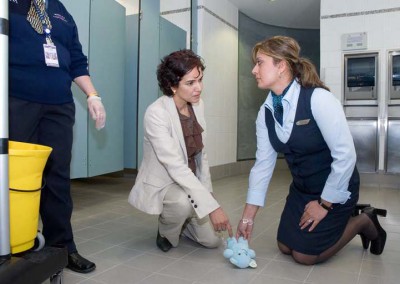 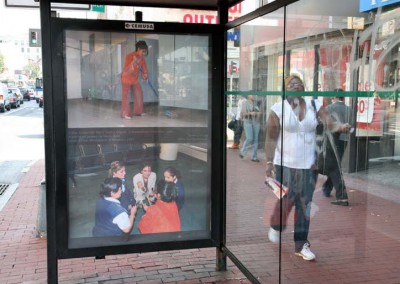 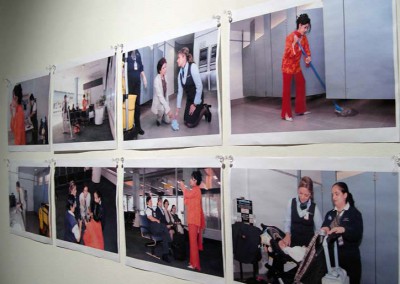