Van der Heijden’s America is a video work that parodies the 2004 State of the Union Address in which George W. Bush mentions the word “America” 61 times. In this video everything in the speech is removed except the word “America” and the pauses or applause that follow or precede it.

Words were carefully chosen, and the speech was constructed with skillful control and manipulation. Addressing congress and the citizens of the United States there was no mention of the words “casualties”; “Osama bin Laden”; “Palestine”; “Israel”; “fiscal responsibility”; “balanced budget”; “debt”; “minimum wage”; “the unemployed”; “corporate accountability” or “environment” to name a few.

Why use the word “America” 61 times? Why the need to strategically deploy nationalistic feelings and illusionary unity? Whose “America” is George W. Bush referring to? With the placement of this video in this context I want to encourage critical reflection and call attention to diversity and the importance of freedom of speech and expression. 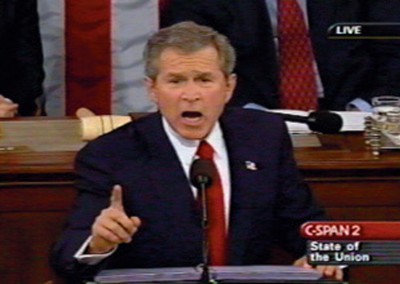 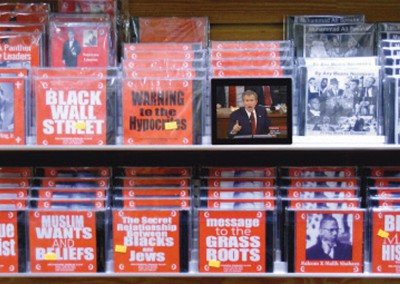