The project, BluMarble,* investigates how zoning law has limited and changed businesses from building in residential neighborhoods and what kind of tensions arise between real estate developers and residents due to recent zoning changes in Jamaica, Queens. While I researched gentrification issues related to AirTrain JFK, I found that many Indian and Chinese developers have built major chain hotels in that neighborhood recently. On the surface, the triangulation between Airport JFK, AirTrain JFK, and hotel construction makes sense, but the problem is that there are many hotels, which are struggling with their financial situations in contrast to the developers’ earlier expectations. Ironically and interestingly, many hotels have resolved this problem by signing contracts with the Department of Homeless Services (DHS) of New York City. In doing so, hotel owners can rent their rooms to DHS and DHS can provide temporary housing for homeless people. Not surprisingly, this resolution caused residents who have lived in Jamaica for many generations to be very angry.

* The project title, BluMarble, refers to both the picture of Earth taken during the Apollo 17 lunar mission in 1972 and a pirate version of the Monopoly game published in 1982 in Korea.

Sue Jeong Ka is an interdisciplinary artist. Currently, at homeless youth centers, Ka has been holding a project called ID Shop as a 2015 More Art grant recipient. Ka’s art practice deals with public systems and human behaviors and suggests alternatives to deconstruct these systems. Ka has participated in residencies at Open Sessions at the Drawing Center, More Art and the Art & Law Program at Fordham Law School in NY, and SOMA in Mexico D.F., and held workshops for queer youths at the Joan Mitchell Foundation with her collaborators. Ka’s projects have been shown in a number of venues in Korea, Mexico, and the USA. 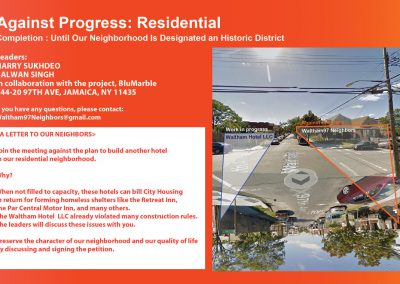 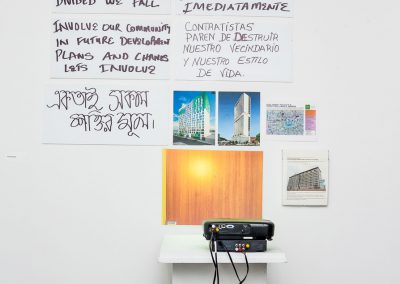