1990-present, replicas of artwork, multiples, and a collection of objects from museum shops

Lia Perjovschi’s Knowledge Museum represents 20 years of interdisciplinary research, depicted visually by diagrams, publications, timelines on general culture and art from 1990 to the present, replicas of artwork, multiples, and a collection of objects from museum shops. This sometimes institution, sometimes project has been presented under different guises since 1985, less formally at the start, then, structured as the Contemporary Art Archive, CAA (1997), and later, as the Center for Art Analysis CAA/CAA (1999). Perjovschi plans to build the actual museum someday; until then she presents it in the form of an architectural plan, or model. “Draft,” “Plan,” and “Kit” represent Perjovschi’s artistic strategies and practices while the project remains, for the moment, at a conceptual level. For Jamaica Flux: Workspaces & Windows, Perjovschi presents a kit (resume) from the Knowledge Museum, incorporating elements from the JCAL itself, and the New-York-American context. A part of the kit is planned to remain through April 2011.

The installation of CAA — Knowledge Museum is a Jamaica Flux Commission co-produced by Romanian Cultural Institute in New York and Jamaica Center for Arts & Learning with support from National Endowment for the Arts .

Lia Perjovschi was born 1961, Romania. She lives and works in Bucharest. She is the founder and director of CAA (Contemporary Art Archive or Center for Art Analysis), Bucharest. Her solo exhibitions include States of Mind at Nasher Museum of Art at Duke University, Durham, NC (2007), Vid /Defragmentare at Atelier 35 Gallery, Bucharest (2000), Hidden Drawings and Objects at Duke Institute for the Arts (1997), and Like Everything Else, Is More Complex Than First Meets the Eyes at Dieu Donné Gallery New York (1994). Her work was included in international group shows such as the Incheon Women Artists Biennale (2009), the Biennale of Sydney (2008), Cetinje Biennial, Cetinje, Montenegro (2002), Generali Foundation, Vienna (2001) among others. 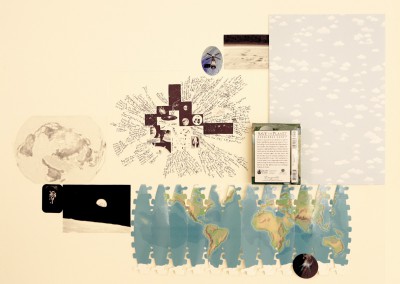 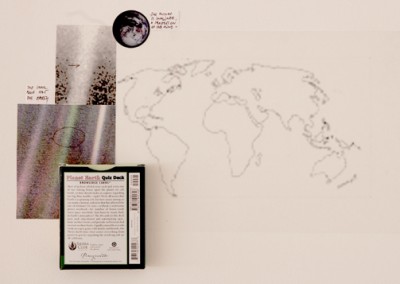 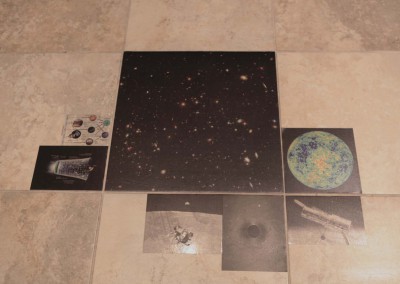 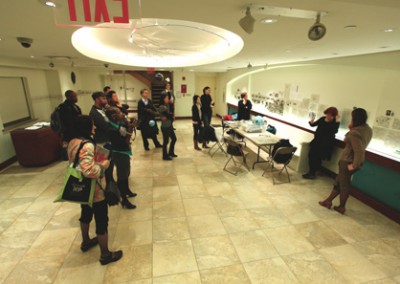 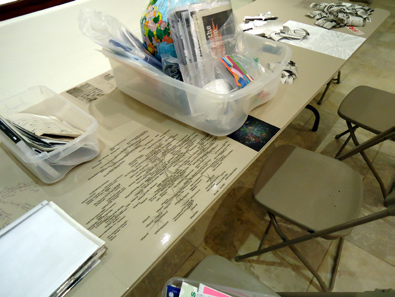 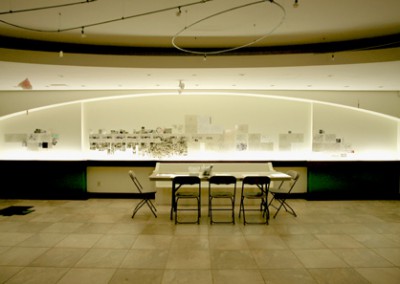 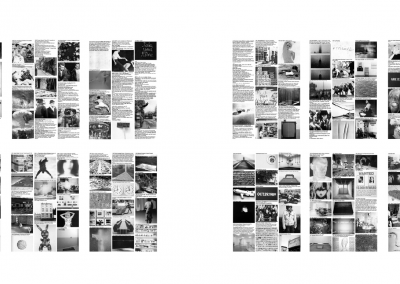