About two years ago I began work on the Bronco Video Series to showcase work by emerging artists. On top of my ’89 Ford Bronco, I mounted an armature onto which a rear-view projection screen is attached, thus transforming the car into an alternative venue for presenting video work. The screen extends three to six feet outside the passenger side window, enabling me to project video onto it from the inside of the car. The whole system – projector, DVD player and speakers – works as a single unit powered by a converter attached to the car’s cigarette lighter. When parked, it sets up in less then five minutes. The project’s mobility and accessibility to a wider audience who normally would not see this type of work has provided artists with the opportunity for exposure and feedback by the community at large. Each screening consists of work by two or three artists. While parked, I also hand out pamphlets with information about each artist and their work. 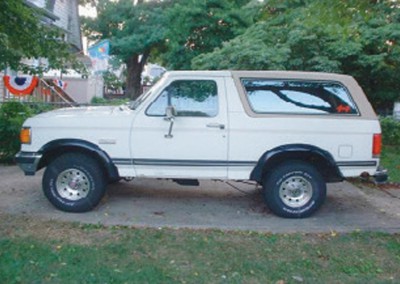 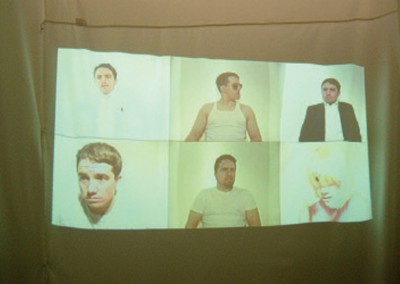 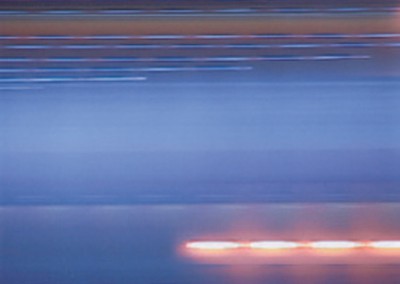 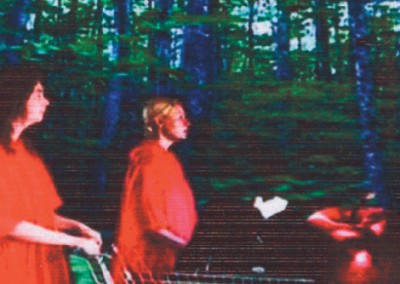