In Jamaica Beach Truck, Ryan Roa converts a pickup truck into a beach setting by installing a platform, two inches of sand, a beach umbrella, one beach chair, and a boom box that plays ocean sounds on the bed of a truck. The truck Can be parked anywhere (along a sidewalk, in a park, or on the street) but not where other cars are, so it stands out as an individual unit. A cameraman is on a ladder so that people can sit in the chair and have their pictures taken. The truck acts as a stage or a set for the production of images. Some of the images produced during the performance on April 10 are later placed into telephone booths along Jamaica Avenue.

Ryan Roa (b. 1974) is an artist of Irish-Columbian decent who grew up in northern New Jersey. Roa has worked as a stockbroker, a carpenter, a teacher, and a Staff Sergeant in the U.S. Army; he served for one year overseas in the Iraq war. Roa attended the University of Arizona from 1993- 97 to study painting, SUNY New Paltz from 2001-04, where he studied Art Education and Sculpture, Haystack School of Mountain Crafts for Blacksmithing in 2006, and Hunter College from 2005-08, where he received a MFA in Combined Media. Roa has exhibited at the Jersey City Museum, the Bronx Museum, the Neversink Valley Area Museum, the School of Visual Arts, Oakland University in Rochester, MI, and at the Artspace in Raleigh, NC. He has participated in residency programs at the Bronx Museum, Gallery Aferro, Newark, NJ, and Pace University. Roa is based in New York City. 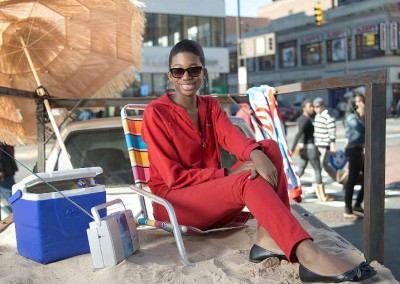 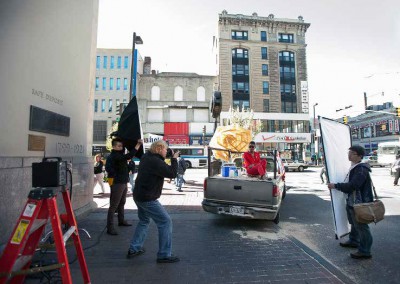 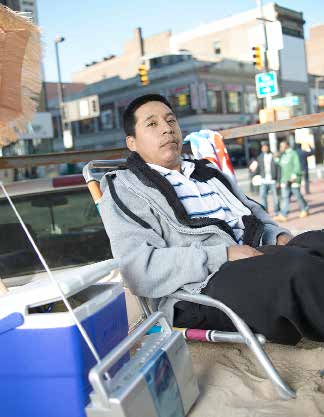