Jamaica Re-visions Project explores urban “revitalization” and its effects on working class communities. It deals in particular with issues of boundaries, property, possession, and place.

In addition to the neighborhood and commerce on Jamaica Avenue, images from Bruegel’s The Tower of Babel influenced my project. For me, they represent an inspired architectural complexity. Jamaica Re-visions Project re-inscribes that complexity onto the contemporary urban landscape by drawing with ink and pencil directly onto gelatin silver prints.

The drawings deconstruct and transform the shape of the panoramic landscape through shifts in its formal elements. The results of this process are a series of postcards of specific altered sites that propose ways to develop symbolic “pedestrian” gateways, sanctuaries, and/or waiting depots.

I see the postcards and animations as an intervention into the space of the neighborhood, as an alternative reality to the one faced every day by residents – a new possibility for their environment. 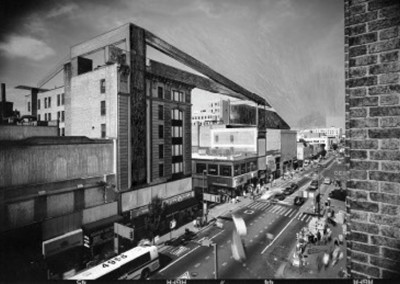 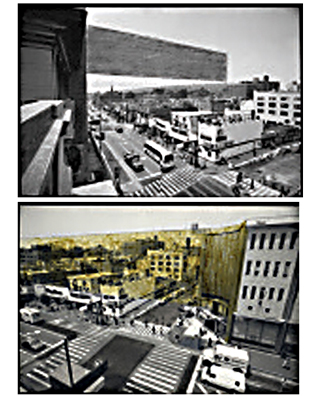