It is worth to confess that a few proposed artworks failed to engage the public. The failure was a good lesson to me, and I hope it is the same to the artists who attempted hard to establish relationship to strangers. The failure clearly proves it to be a fallacy to assume that a work of art is a public art because it is installed in a public realm. In order to succeed, a public art has to take ethical elements into consideration. A simple alternative application of the modernist stance of intervention or the post-modern stance of integration would not necessarily yield a successful public art or public engagement. It requires a highly sophisticated attitude, a profound understanding of social sphere and perhaps human psychology. A stereotypical criticism and usual complaints about corporative entities or administrative procedures only demonstrate the nativity of artists and the inability of arts to lead contemporary culture and society, betraying their own purpose to come up with an art that is for our time and society.

In contrast to the failed proposals, Diane Meyer’s trading post succeeded to engage the public. Inspired by the history of the name “Jamaica” which stems from the word “Yamaico,” Meyers constructed a trading post in Rufus King Park. The trading post was to evoke the customary practices of Native American tribes and to reveal geographical aspects of the place by allowing present day community members to exchange objects with story tags on which they could write their stories of the traded objects. Through the exchange process, the artist collected oral histories of the objects and stories about the community that exemplified the rich cultural history of Jamaica. Standing in a quite visible location in the park, the trading post opened only weekends for fiscal management reasons. However, kids with their parents occasionally came weekdays just to check the hours of operation. At the end of the exhibition, there were about 20 or 30 items that were traded in via the trading service, which actually surprised me because it meant that there are people who want to share their intimate personal stories with completely unknown strangers.

Emerging artist Diane Meyer is an alumna of the Artist in Marketplace Program at The Bronx Museum of Art (2002). She holds an MFA degree from University of California, San Diego (2002) and has presented her work at locations including AIR Gallery, NY (2006), Society for Contemporary Photography, Kansas City, MO (2005), and Smack Mellon, Brooklyn, NY (2006). 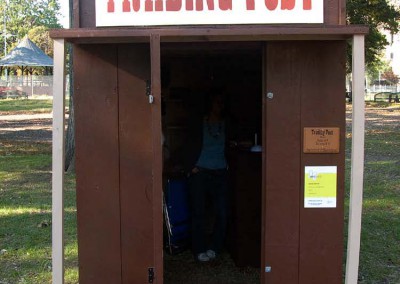 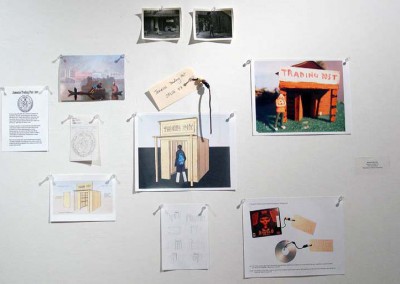 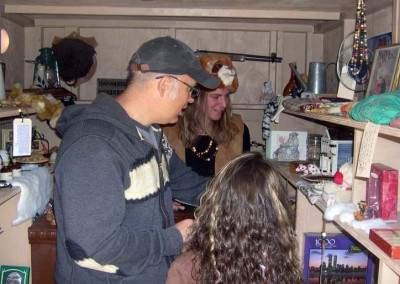 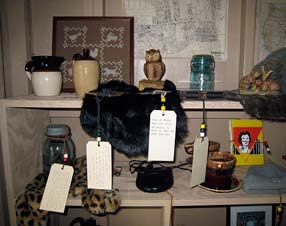 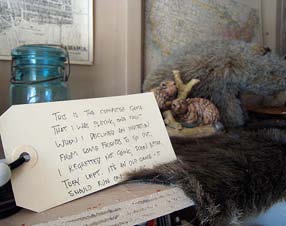 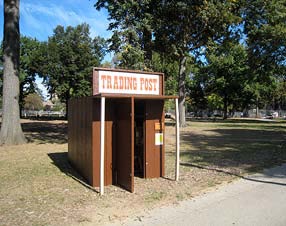