Interested in the ever-changing nature of time and space, Hyong Nam Ahn searches for visual idioms capable of expressing spatiotemporal dynamics. His work, expressionistic in quality, draws upon natural phenomena and sources such as moonlight and migrating birds. Further, by using neon lights, sound, and other materials, the artist expresses his inner thoughts and feelings about the changing relationship between humans and technology—the latter a means invented, developed, and used to conquer nature. 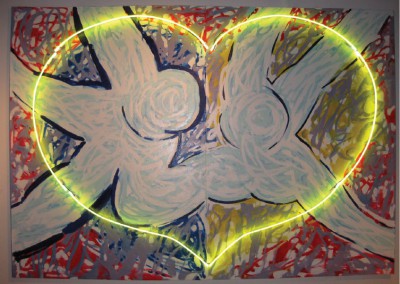 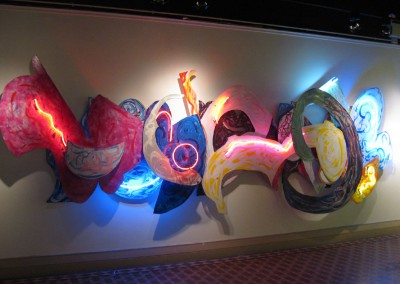