Mortgage Stakeholders (2008) is a two-channel simulated video conversation composed from video interviews with 16 people conducted in 2007 and 2008, the period leading up to the financial disasters that caused what has come to be known as the Subprime Meltdown. All the discussants professionally deal with some aspects of mortgage lending. The video was originally part of the exhibition Red Lines Housing Crisis Learning Center (2008–9), an installation of models, photographs, videos, and drawings. The installation aimed to immerse visitors in a landscape of pulsing capital and liquidated buildings, exploring the relation between finance and architecture. In the installation, the head of Frederick Babcock, pioneer appraiser, gazed over a scattered field of diminished Detroit houses, still showing damage from 1960s real estate scandals. Looming behind Babcock, the flicker of a neon sign – BUY LOW SELL HIGH – revealed the spikes and troughs of a wall cut by the 20th century’s prime rate, the sharp line between lenders and borrowers. Projected videos haunted the gallery with the apparitions of financial engineers, federal regulators, and anti-foreclosure activists. As the Subprime Meltdown continues to spread today, pushing people out of homes, wasting neighborhoods, bankrupting institutions, and threatening global economic crisis, Red Lines aimed to broaden and enrich the urgent conversation about how our society finances its living environments.

Damon Rich (b. 1975, Creve Coeur, Missouri) is a designer who uses video, sculpture, graphics, and photography to investigate the political economy of the built environment. His work has been exhibited internationally at venues including the 2008 Venice Biennale; Storefront for Art and Architecture, NYC; Sculpture Center, New York; the Canadian Centre for Architecture, Montréal; and the Netherlands Architecture Institute, Rotterdam. In 1997, he founded the Center for Urban Pedagogy (CUP), a New York City nonprofit organization that uses the power of design and art to improve the quality of public participation in urban planning and community design, where he was the Creative Director for 10 years. He had a solo exhibition, Red Lines Housing Crisis Learning Center, at the Queens Museum in 2009. 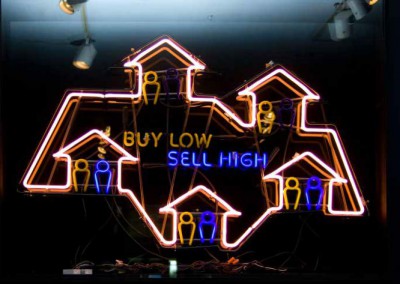 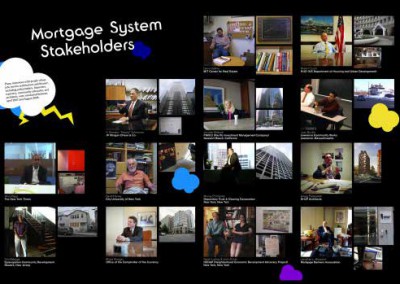