In the spring of 2002 A.B.Techno’s media group was enlisted to document The Brewster Project. Although a photographer had been previously engaged, it proved impossible to fully capture the “happening” nature of the event with traditional slide images. On video, A.B.Techno captured performances, transient moments (like a plane flying overhead with a banner), reactions from the community, and how artworks affected the environment. Having learned from this experience, Jamaica Flux Media Record uses video and still imagery in concert to capture not only the works in Jamaica Flux, but also the “flux” before, between, and after them. The project was initiated at the first artist meeting in Jamaica on October 2,2004. 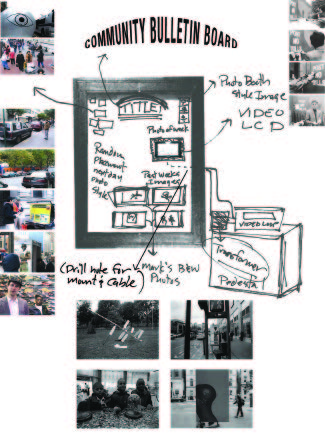