A confluence of ideas informed System: the title of 50 Cent’s first album, Get Rich or Die Tryin’; Spike Lee’s subsequent reaction to it; an episode of Three’s Company when Jack Tripper goes to withdraw money from an ATM that malfunctions and spits out hundreds of dollars; and vampire cowrie myths from sub-Saharan Africa that equate a person’s death with the acquisition of cowrie shells (a traditional form of currency). In all of these instances, money is seen as being both good and bad. In fact, money is often referred to as a living entity (one must take care of their money, loans Detail of System Roberto Visani reach maturity, bull and bear markets).

So, I decided to use a skeleton hand I had made from turkey bones. Around the same time, I recalled images I had seen of people inside money booths grabbing for dollars. The ideas of the skeleton hand and floating money wove themselves together and began suggesting many things to me: the futility that many of us feel as we attempt to financially empower ourselves; the seductive and dangerous power money can have; and the artificiality of a system built on paper and numbers.

My work explores symbols and myths related to my personal and social circumstance, ancestry, politics, and spirituality. By manipulating the relationship between form, material, idea, and craft, I attempt to communicate a larger narrative. 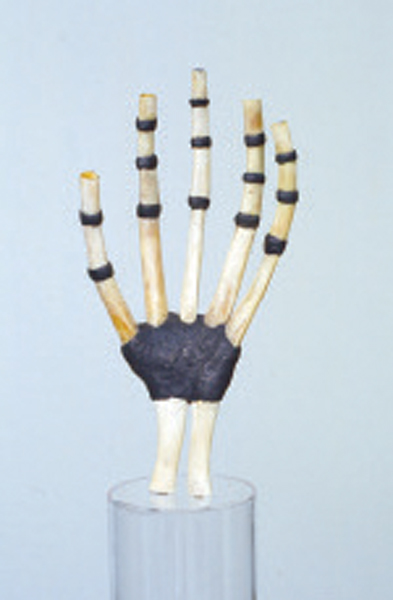