The Survey – a ten question survey distributed to the Jamaica Arts and Learning Center staff, board members, mailing list, and general public. 25 people responded, two requested for their answers to not be shared publicly.

JCAL Community-Engaged Residency (CEAR) – research and development of a community engaged residency for individual artists and artist collectives that actively engage the Jamaica, Queens community members as active participants and contributors in the creation of and/or production of a new work. Artists of all disciplines will be encouraged to bring creativity to issues relating to class, race, gender, housing, displacement, immigration, education, and other social justice issues.  A collection of resource materials (mission statements, applications, and artist agreements) from other community engaged residencies was assembled.

The Cleaning of the JCAL Basement – a process of discussions, organization, collaboration, patience, sorting, cleaning, and removal of debris to bring to order and to make space for artists’ studios. Two 30 yard dumpsters were filled with detritus from the basement.

The Art in the Basement – spending countless hours in JCAL’s basement (often alone) cleaning, sorting, and discovering its many rooms and hidden realm, I was inspired by this subterranean world filled with history, discarded objects, configurations of infrastructure. I became acutely aware of the psychogeography of the space – how it affected my thoughts and emotions.  I created the ‘Museum of Objects’ from found objects that appealed to me; and collaborated to create and photograph my basement visions. A series of ‘Basement Tours’ were given during the run of FLUX.

Ed Wooodham has been active in community art, education, and civic interventions, across media and cultural contexts for over 25 years. A visual and performance artist, puppeteer, and curator, Woodham employs humor, irony, subtle detournement, and a striking visual style in order to encourage greater consideration of–and provoke deeper critical engagement with–the urban environment. Responding to constriction of civil liberties. Woodham created Art in Odd Places (AiOP) to present visual and performance art to reclaim public spaces in New York and beyond. Currently he is working on a commissioned work, The Keepers, for 2016 in his longtime neighborhood of Gowanus, Brooklyn. 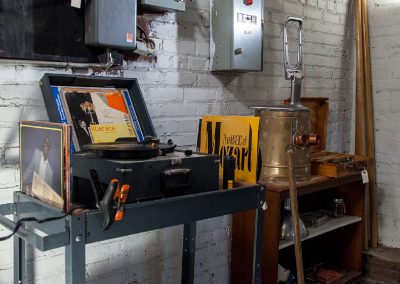 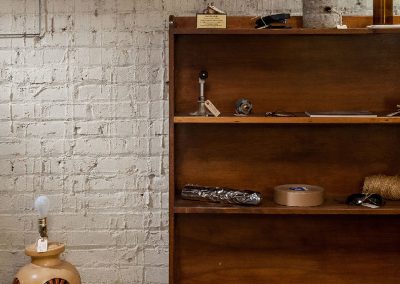 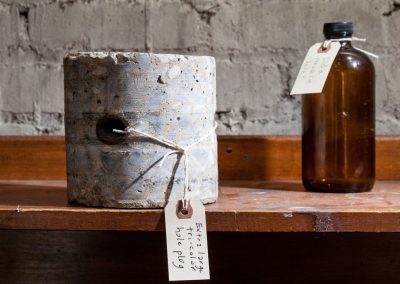 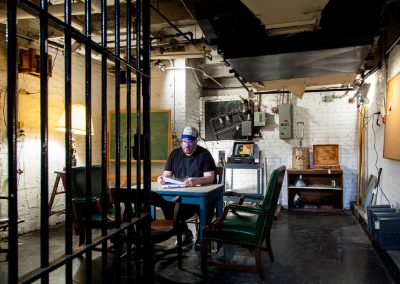 (me at desk at Museum of Objects) 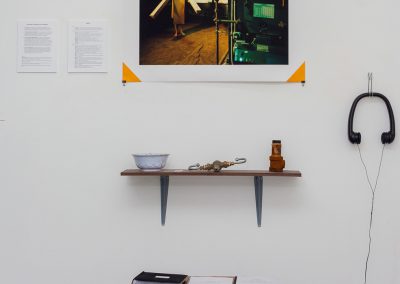 The Museum of Objects. 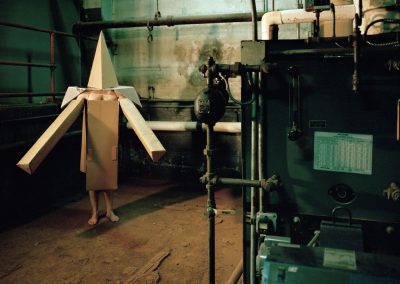