Hyungsub Shin explores possible forms in which nature and culture coincide. The artist repeatedly weaves electrical wires, jute rope, and plastic twines to create a form that is composed of many nodes and branches. Shin’s work emphasizes the relationship not only between the formal elements within a given sculpture, but also between the sculpture and its environment. His work is characterized by the constant gestalt that allows such unlimited expansion that it can grow by adding new elements to the existing structure without changing the formal quality of the sculpture. Achieved by the composition of spreading “branches,” the fractal unity of the whole sculpture and its parts is not significantly affected by adding or subtracting its parts. Shin’s abstract, rhizomatic sculpture symbolizes life in continual flux, expansion by division and fragmentation, and identity as social relationship.

Hyungsub Shin (b. 1969, Korea) received his BFA from Hong-Ik University in Seoul and MFA from the School of Visual Arts in New York City. He presented his first one-person exhibition at the BODA Gallery 1996 in Seoul. Since then, he has actively shown his work in a number of oneperson exhibitions and group shows in the US and his home country. He recently installed his site-specific works in public spaces, including Art Omi’s Fields Sculpture Park (2005), Socrates Sculpture Park (2005), and Incheon Women Artists’ Biennale (2009). He lives and works in New York. 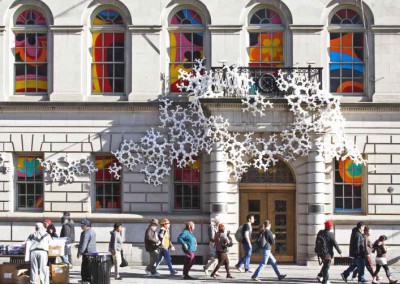 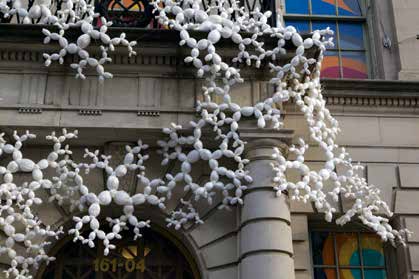 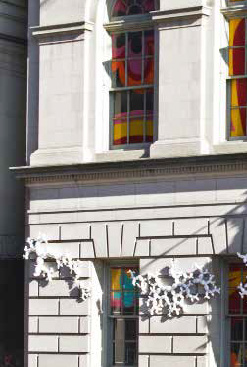 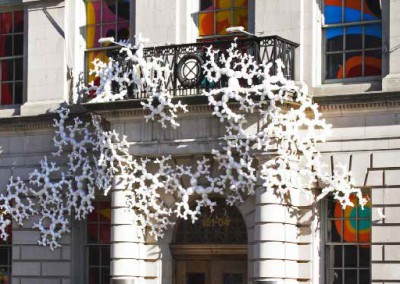