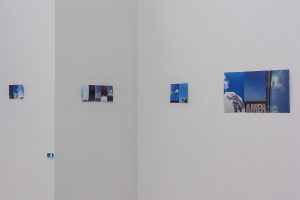 Questioning how life can be made more fulfilling, and how humanity’s collective sense of compassion and love can be made more robust lies central to artist hannes bend’s practice. At the University of Oregon, where he has been both a visiting scholar since 2014 at the Quantum and Nanoscale Physics Alemán Lab, as well as an artist-in-residence at its Institute of Neuroscience, bend has been afforded the opportunity to approach these philosophical inquiries from a scientifically empirical standpoint. With his project metaNoYa, he continues to evolve his longstanding interest in the conflation of human mindfulness and technological innovation. 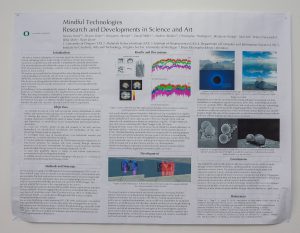 During the run of Jamaica Flux 2016, bend will offer the local community the opportunity to engage in the full experience of a retreat without leaving its neighborhood. Putting to use his training in the meditative techniques of Vipassana, the Wim Hof Method, and yoga, and along with the expertise of additional instructors, he will assemble five-day getaways at the local YMCA for a half dozen or so residents at a time. Through ancient and contemporary contemplative and physical practices, each retreat group will have a chance to learn about positive methods to reduce stress and improve health. A key component of bend’s vision is making use of these intentional practices to empower local citizens to effect positive change in the wider community. During the retreats he intends, for example, to address ways to assist the local homeless population in Jamaica. Ancillary activities might also include workshops in writing, drawing, and other outlets that encourage creative expression. bend hopes that the change of location for the participating residents will also afford them a change of dynamics that will aid in embracing the types of non-judgmental approaches he espouses.

Participants will also have the opportunity to use a virtual reality prototype, which bend has developed in conjunction with his colleagues at the University of Oregon. The device tracks the user’s heart rate as it instructs them in guided, meditative breathing techniques. The ensconcing images, which along with the audio component, are in-sync with the physiological condition of the user, and morph as the individual’s breathing changes. An orb expands as the breath becomes more spacious, for example, and if the heart rate drops low enough, a boulder at the center of the screen suddenly disappears, revealing an azure sea. The experience is an exciting inkling of the potential technology has to improve human welfare on a grander scale.

Also elemental to metaNoYa is the creation of a permanent edifice that will provide amenities to Jamaica long after the exhibition has ended. bend imagines building what he refers to as a “mushroom structure;” that is, a tall pillar capped with a roof, which will function as an interface for sharing, learning, and shelter. Through means of a touch-screen anyone in the Jamaica community would be able to access a wide variety of information, from food kitchens to medical clinics to social assistance. The mushroom would also provide locals seeking connection with one another a means of doing so—to trade goods or services, or to arrange donations of food and clothing, for instance. A solar paneled roof and a wind turbine would harness natural energy to supply the mushroom’s power. If bend’s model becomes a reality it has the potential to become a permanent and lasting hub of well being for the neighborhood, its functionality the essence of the artist’s practice. For as bend asserts, “This is what art for me is also about these days: for education, improved happiness, insights, realizations about one’s existence and support of life forms.”

Jessica Holmes is a writer and critic whose work frequently appears in the Brooklyn Rail and artcritical.com, amongst others. As the former longtime Deputy Director of the Calder Foundation, she has also published and lectured widely on Alexander Calder’s life and work. Find her writing and other projects at www.jessica-holmes.net.